BACK TO FULL TEAM 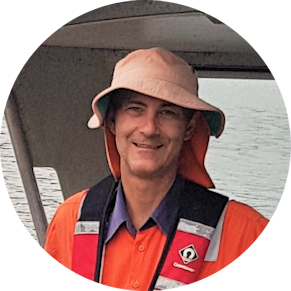 Richard joined the Royal Australian Navy in 1991 and qualified as a hydrographic surveyor in 1997. During his military service, Richard surveyed on HMAS Melville, HMAS Leeuwin, HMAS Moresby, HMAS Benalla, HMS Roebuck, the Laser Airborne Depth Sounder (LADS) operating out of Cairns and two commercially leased survey vessels in the UK.

Richard is proficient in the use of processing and end product software such as Caris HIPS and SIPS, Fledermaus, Hypack, TopSurv and survey adjustment software. He is very capable of rapidly acquiring the higher level user skills for new software. Richard provides training to all staff members as required on the use of the company’s equipment suite and correct hydrographic practice.